Mr. Childers was admitted to practice law in California in 2004. As a law student, Mr. Childers worked for two (2) years as a law clerk and for approximately one (1) year after graduating from law school for the local law firm of Ewing, Johnson, Graves & Driskill. During that time, Mr. Childers worked extensively in the representation of public entities such as the City of Westmoreland and the Water District Board. Mr. Childers advised these entities regarding the Brown Act, employment issues, litigation and drafted ordinances, including their Conflict of Interest Codes, as well as Request for Proposals and other legal notices and documents. He also attended staff meetings to address legal issues and advised the respective boards regarding pending litigation matters.

Over 97% of our Injury Clients get Maximum Compensation Without Going to Court!

Set Up a Consultation

*The initial consultation is absolutely free  for Criminal/ DUI cases, Personal Injury Cases and Bankruptcy and there is no obligation; just facts and legal guidance, all other types of cases require a $150 consultation fee. So contact Imperial County Attorney Ryan Childers now by calling 760-335-6881. 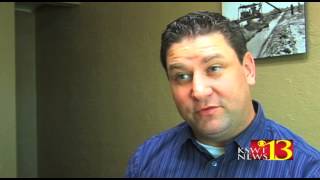